Since the beginning, Windows has offered many useful features out of the box. Sadly, they were often unknown to the customers, so they looked for the wheel reinvented by a third party. In this article we will try to investigate what Microsoft offers to its customers in terms of remote access (both to physical or virtual machines).

The history of the RDP protocol

The core remote access functionality is provided by the remote desktop protocol. One of the very first versions of this protocol was introduced in Windows NT 4.0 (succeeded by Windows 2000, then XP, and so on).

The most recent protocol version 10.0 appeared in Windows 10 and Windows Server 2012.

The whole subsystem responsible for remote access on Windows is now called Remote Desktop Services. In the past, it has been known as Terminal Services. RDP has two basic parts, pretty much like any other remote access software:

Clients exist in 3 different flavors (and the variation also applies to the respective host part):

Remote Desktop Connection is probably one of the best known solutions for connecting to a Windows remote computer. This is a client application for connecting to remote hosts with RDP server support. Windows Home edition does not support any time RDP access but Remote Assistance / Quick Assist is available with any edition.

There are plenty of scenarios when RDP comes handy. 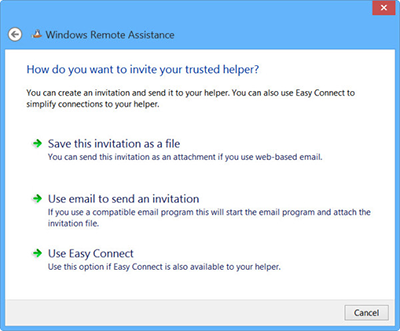 For a long time Windows has offered Remote Assistance. Remote access was authorized either by using an access verification file or some automatic mechanism that has never worked well (using peer-to-peer shared network connection).

The most significant change in Windows 10 was new application called Quick Assist. The app replaced Remote Assistance and added a few handy features such as access authorization with a short code.

The difference is who receives the code and who enters it. Quick Assist requires the party that needs assistance to enter the code provided by the helper. As for third party remote desktop solutions, such as DeskRoll, the helper party is the one that enters the code.

Sadly, Quick Assist is only useful for quick help and not for unattended remote access. So, Remote Desktop Connection can be used instead, and that's where known problems come along: NAT, dynamic IP addresses and so on.

As a side note, DeskRoll Starter is an affordable remote assistance and unattended access solution for casual remote desktop needs.

Also, it’s good to know that Quick Assist has become available since the Anniversary Update (1607). 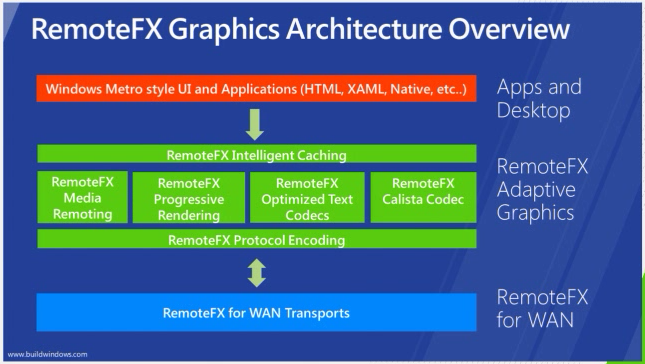 As we noted earlier, Windows 10 has brought a new version of the protocol (10.0). While there haven’t been any significant changes immediately visible for the end user, the whole system is continuously being improved with each major update. For example, the Creators Update released in April 2017 brought improvements for HiDPI displays especially used in conjunction with RDP.

H.264/AVC was already available in the previous protocol version 8.0, while 10.0 has brought some cool features such as 4:4:4 color space (which drastically improves text rendering).

There are many more changes to the protocol and the related functionality (e.g. RemoteFX), which are outside the scope of this article. RemoteFX is a suite of technologies for accessing Hyper-V guests. It enables OpenGL support, USB Redirecting and so on. RDP 10.0 has also improved a lot of things but is not required on the client side.

Windows 10 Pro edition contains Hyper-V and RemoteFX support including all the advanced features. This means anyone can run virtual machines with RemoteFX graphics.

While not everyone likes Windows 10 for its telemetry features, there are definitely some changes that people will find very useful. Quick Assist app is a nice addition to remote desktop features. However, the lack of unattended remote desktop on the remote host in Home edition is still disappointing.

Also, while overall remote desktop experience has improved with Windows 10, it still does not offer good security out of the box. If anything, security is a concern that is ever becoming more pressing. So, companies specializing in remote access offer solutions that are easier to use, while providing enhanced security, including 2 factor authentication, secondary passwords, SSL, etc.