LEARN MORE ABOUT DESKROLL
Blog
What You Can Do if Windows Updates are Too Slow
Tags: Windows tweaks

What You Can Do if Windows Updates are Too Slow

Windows Update is known as a relatively reliable way for installing updates for most Microsoft products. Normally, it can be done automatically with minimum intervention by user. However, the number of updates has grown, and as of now Windows 7 needs more than 200 updates to be installed. Nonetheless, with the release of Windows 10 the problem became even worse. For some, Microsoft pushing Windows 10 hard through updates is a recurring nightmare. So, many usere are just blocking them manually or using some third-party software. All of the above is causing yet another problem: updates install very slowly and with high CPU and RAM usage. In this post we will describe possible solutions to slow updates.

Roots of the problem

The first release of Windows 7 was back in 2009, and a single service pack was released in 2010. Since then the only way to update the system is patch Tuesday updates (with some exceptions such as non-Tuesday updates and some hot fixes). This brought us head to head with a significant amount of patches, and it will certainly get worse by the  Windows 7 EOL in January 2020.

The release of Windows 10 has causes a bit more trouble yet. Users are just avoiding such updates by simply hiding them. The overall number of hidden updates may be substantial for a given system. Hidden updates include those that used to be Windows Client Updates. The general solution should be installing the most recent version of Windows Client Update. There are two ways of checking whether the update is already installed or not: 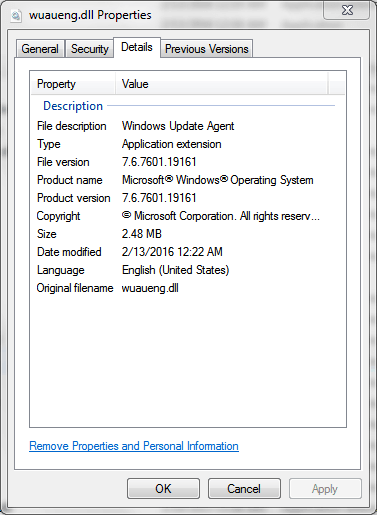 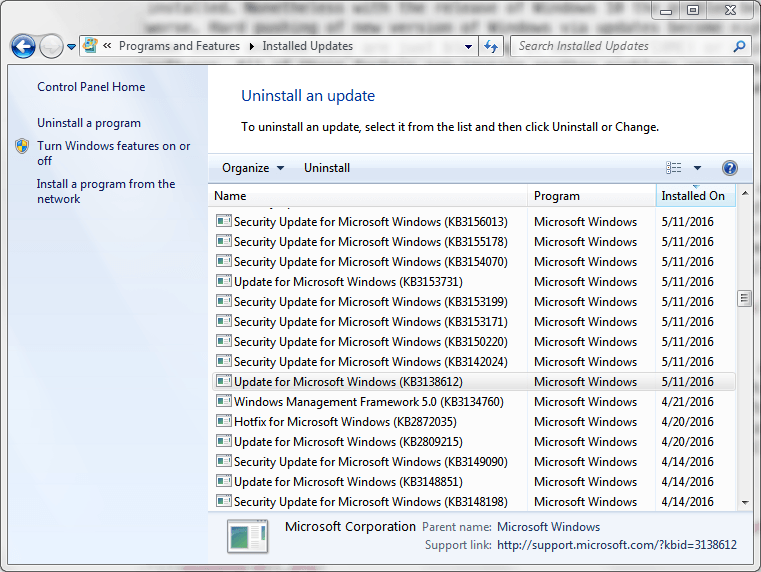 The table below shows the update number and the Windows Update Client version. The most interesting are those coming starting November 2015 (i. e. when KB3102810 was released). This update was specifically for those who were experiencing problems with slow update process.

Who can benefit from this solution

First of all, a side note. These updates will just speed up update search. They won't help with slow downloads and slow installation. Those depend on your ISP/Microsoft servers’ bandwidth and your computer hardware.

The last update KB3138612 is marked as Important, so if you haven't blocked any updates and the process is done automatically, then the update is certainly installed. If the process is still slow, then other versions of those updates might help.

We have covered the list of bad and non-recommended updates that are mostly used to make migration to Windows 10 easy. The solution was to hide those updates, including:

2. Updates that enable upgrade to Windows 10;

While we insist that those updates are not necessary, the situation with the Windows Update Client related patches is not clear for some users who may experience the following problems:

1.Very slow update search on new and fresh installations of Windows 7 (this includes only SP1 versions) or some old installations missing updates for over 2 months.

2.Searching for updates every Patch Tuesday may also be slow. It may be a significant problem on slow machines with low memory or even on powerful machines. The process may take up to 100 % CPU and over 2 GB of RAM.

The solution is simply to make sure Windows Update Client is up to date. We recommend checking it before attempting an installation of any update.

The recommended version is KB3138612 which is the latest version as of March 2016. If this didn't help, then other versions may help. Be sure not to install all of the listed updates, but just one. That’s because updating the same files and installing both versions will only make the last installed update active. Other recommended updates are:

After installation, the whole update process should be less painful.

Chances are that the problem won't appear on powerful machines with SSD drives and hiding those updates won't bring any problems. But this still may be a problem on new installations, even on powerful rigs.